by The Royal Flares 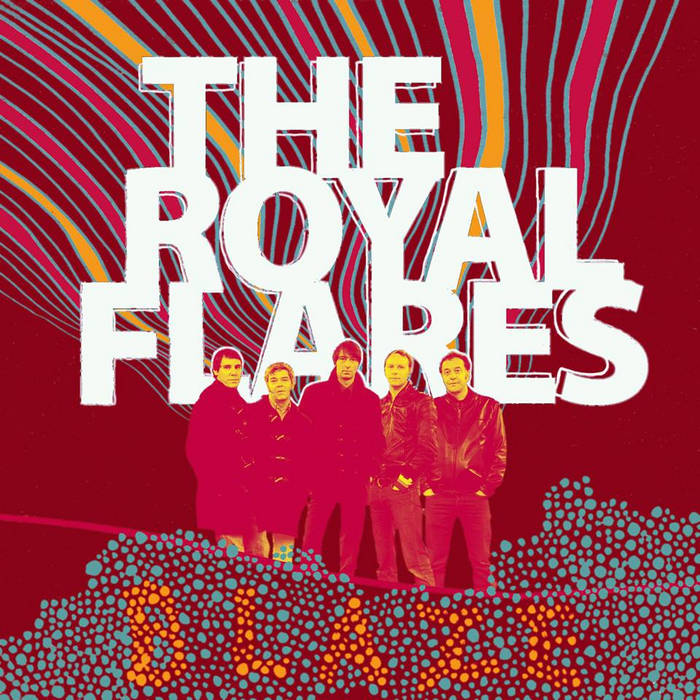 "The Royal Flares are blazing into the new year with a new mini-LP released exactly 1st of January on Born Loser Records.

"Blaze" is recorded and processed completely analogue, without a bit to spare and man.. can you hear it!

With all instruments loud and clear in the mix this makes for a surprisingly splashing and vibrant experience. It blasts out of the speakers and that is just how you want your favorite garage record to sound!! This is for sure setting a high standard for things to come in 2015!!

Safety Hazard: The album ain't called BLAZE for no reason!! There's such an uptempo eagerness in the playing that it's hard to resist grabbing the portable recordplayer and head out for a speedy cruise down the autobahn. Just imagine doing airguitar at 200 km/h when the guitarsolos kick in, but hey nothing makes you feel more alive than living on the edge!

Armed with six songs you're gonna be flipping A and B faster than a gunslinger can draw and every song is a sure hit!

Starting side A with great organ action in "Why" which climaxes with a spine-chilling scream in despair before the guitarsolo! They're trying to credit this killer song to Rod Argent and it's that good that you may actually be fooled but this is a Royal Flares original that anyone just would wish they'd written!
Then setting the score in "I - You = 0" with a nice guitar riff followed by the stompin' and savage fuzz filled obsession of "See me walking at night".

The flipside begins with a cover of "She's not there" featuring a prominent guitar riff througout the song that really lifts it to a higher plan. Same goes for "Mrs. Sarah Lee" where the guitar and organ give it an almost hypnotizing effect! And in an alternate universe "I wanna love you" would have been a crowd killer in the Star club in '62 and the rest of that story you know!"

Bandcamp Daily  your guide to the world of Bandcamp